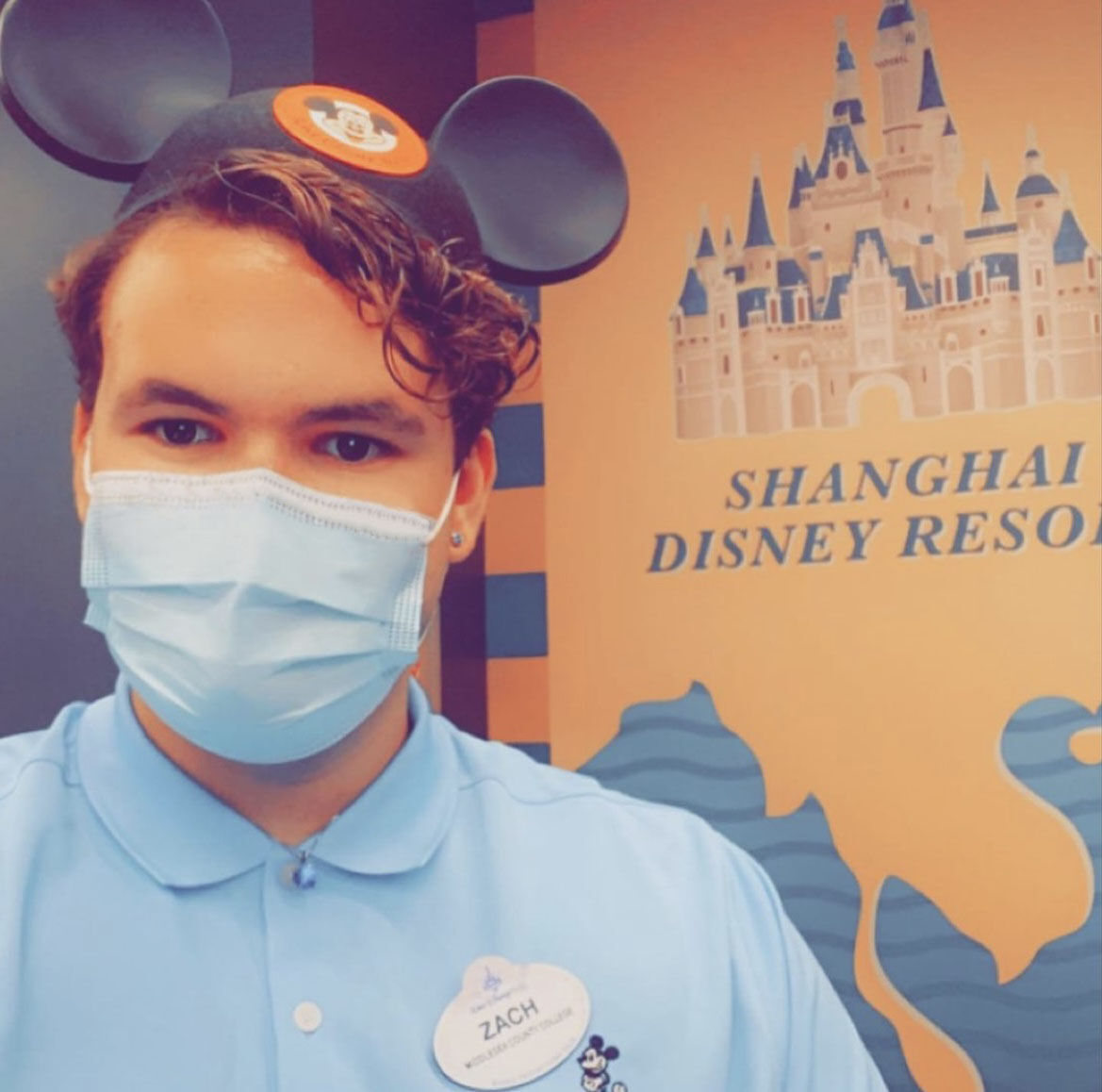 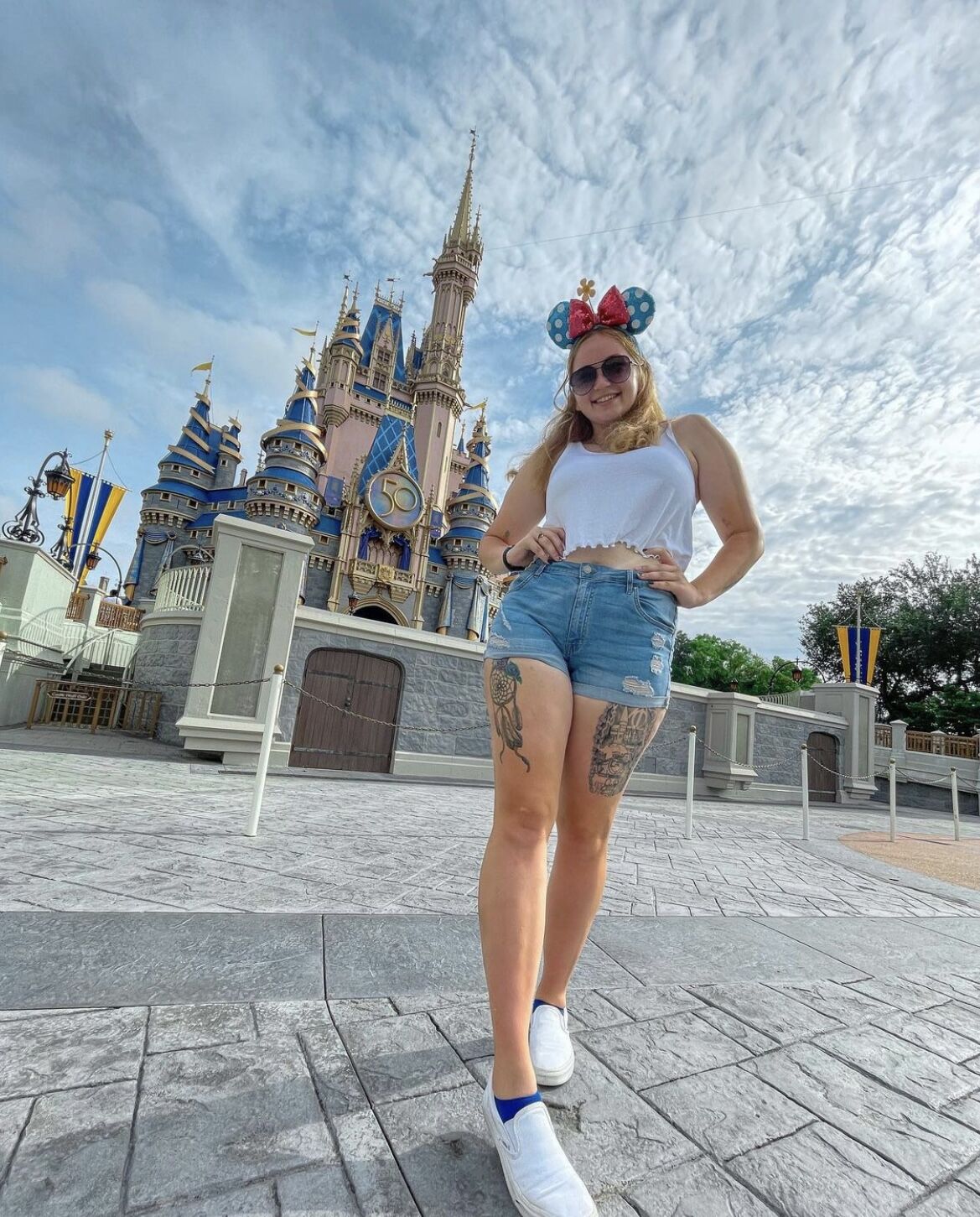 Last year, O’Connor applied for the Disney College Program since he figured this would look great on a resume if he became an education teacher.

The program allows students to receive on-the-job experience within the different Disney parks while participating in their college coursework.

Growing up as a Disney child, O’Connor always dreamed of working at one of the parks in the future to become a part of the company’s magic.

“Disney is a reputable company, but also I grew up as a Disney child, so it was my dream to work for the company,” O’Connor said.

When COVID-19 hit, the fall Disney College Program of 2020 was canceled, so O’Connor went back to studying as an education major at Middlesex College. Alfrey took a break from college due to not being able to learn as well with online classes.

While working at Six Flags, she would constantly talk to her mom about doing the Disney College Program to work in the photo pass department or with the attractions.

Originally the program wasn’t supposed to return for two years, but over the past summer with the country reopening, it surfaced that the Walt Disney Company was bringing the program back.

O’Connor became thrilled, knowing this once-in-a-lifetime opportunity would be coming back, reopening the doors to bringing his childhood dream to life.

O’Connor reapplied to the program to work at Walt Disney World this year; he was later accepted.

“I was gonna take online classes from Middlesex college, but they didn’t have the ones I needed offered online, so I took a semester off for the program. Plus, Disney gives you college credit at the completion of the program,” O’Connor said.

When Alfrey was about to go back to college to pursue her graphic design career, her mom passed away.

Alfrey said, “It took me some time to get my head straight with figuring out how to balance school and work and taking care of my younger brothers.”

O’Connor currently works in the quick-service food and beverage in the Fort Wilderness Campground Resort at the P&J’s Southern Takeout, Meadows Poolside Snack Bar and the food truck.

This past August, Alfrey visited Walt Disney World and Universal Studios in Orlando, Florida for a week to go on vacation and take some time to enjoy life.

“When I went back there, I instantly fell in love with everything. The way that Disney updated their policies makes everyone feel included and that they can express themselves. Universal and their atmosphere are also very welcoming. It brought back the spark that I felt I had lost when I lost my mom,” said Alfrey.

At that moment, Alfrey decided she was not going to wait another second to pursue her dream of working for the Walt Disney Company, the dream she talked about with her mom for so long.

“I decided to stop thinking about everything that is going wrong and to make things go right. I love making people happy and smiling. I love bringing joy to people and turning their bad days into slightly better days if I have the power to. I feel at Disney I have the power to do that no matter what position I work in,” Alfrey said.

The program has provided O’Connor with magical memories that will last him a lifetime with incredible opportunities for his career to grow.

O’Connor said, “If I decide to stay with the company, I would like to work in customer service or an activity planner at one of the resorts since that would be my dream role. If not, I’ll return to Middlesex College at the end of my program and finish my major and transfer to a four year.”

Alfrey said, “I hope that during my time there I can eventually work my way up into doing graphic design for the company. Working with that team and developing new ideas and designs for their posters, banners, park guides, signs for rides, the list goes on and on.”

“I love that at Disney, it doesn’t matter what age you are, there’s something for you and always will be. I never got to experience Disney growing up. The first time I went was when I was 17, but seeing that castle for the first time is definitely something else and meeting all the characters just hits differently,” said Alfrey.

“I mainly decided to pursue my dream because I know that’s what my mom would have wanted for me. I just want to make her proud because I know she is watching from above. It was a constant thing we talked about and I might not be in the Disney College Program, but I’m a part-time, hopefully, full-time hire soon,” said Alfrey.

After visiting Disney World, Alfrey knew she wanted to work there and be a part of the magic even though it is not through the Disney College Program.

Alfrey said, “I actually have a favorite quote from Walt Disney, it goes, ‘laughter is timeless, imagination has no age, and dreams are forever.’ To me it means that no matter how old or how young you are, you can always pursue what you dream and enjoy every moment.